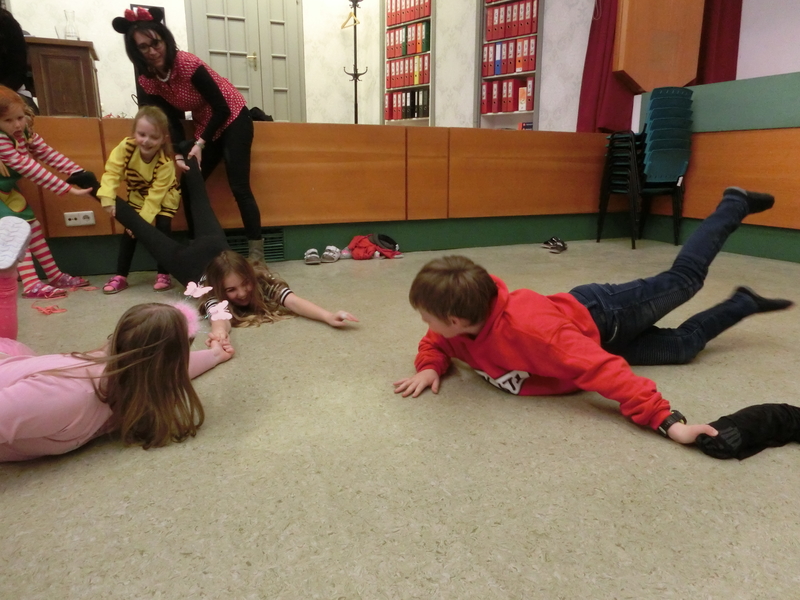 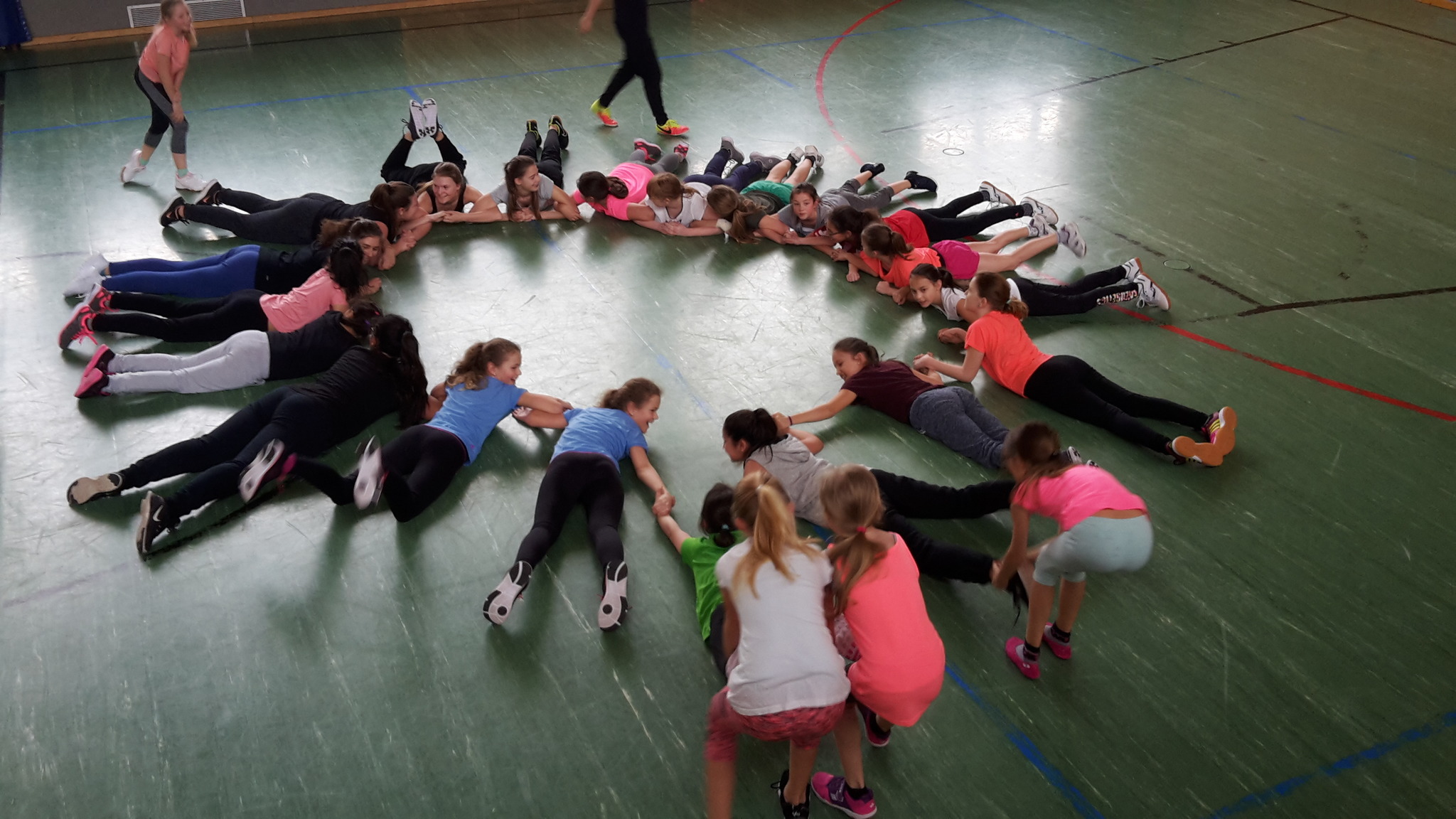 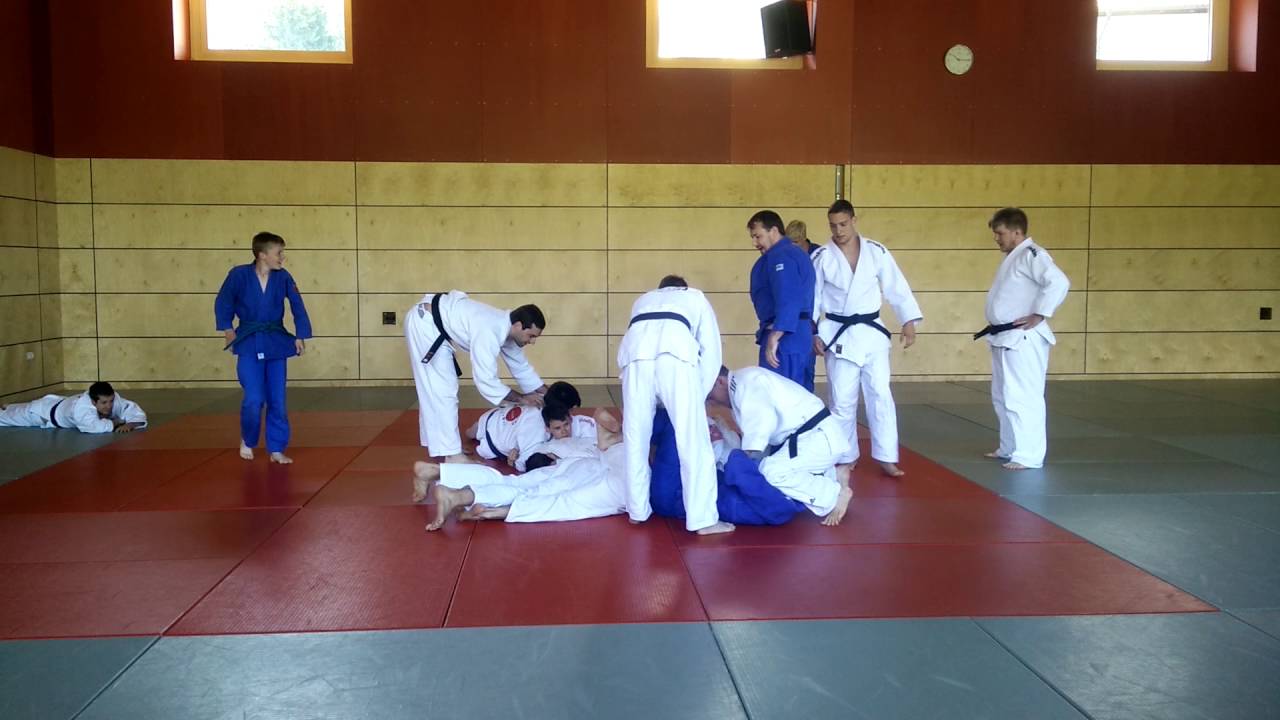 Sobald der Kreis aufgelöst ist, endet die Runde. The trip took quite a few hours but we were very lucky to almost completely miss all the Staus traffic jams that the radio and Navi GPS were warning us about.

We also enjoyed the beautiful and changing scenery as we drove towards Austria because the closer we got the more mountains we saw.

We even drove under a mountain for almost 7km. As we got closer and closer to our hostel the roads got narrower and "windier". After checking into our hostel and eating supper we met the leader of a local dance group, Robert.

We went upstairs to practice some of our dances to accordion music that he played. It was different, but a lot fun, to have live music to dance to, especially since he could speed it up as he played and we danced.

We're looking forward to Saturday when more dancers, teachers, and musicians are coming to teach us their dances and traditions.

We even got a sneak preview of a couple of the dances they are planning on teaching us. Amanda July 27, The plan for today was a day trip to Nürnberg since it's so close to the Playmobil hotel we're staying at.

Of course, our first stop was at the Lebkuchen-Schmidt store to buy some Lebkuchen! It was somewhat strange buying Lebkuchen in July but I think most people managed to find something.

We also did try to get a tour of the factory but we didn't book it far enough in advance. After visiting the store we were dropped off in downtown Nürnberg for a few hours.

All of the families split up and went their own way to see what they wanted to see. We wandered around and saw many different things.

There was a Käthe Wohlfahrt store that we went into to browse around. There were a few things I would have loved to buy but because some of them were delicate and a bit expensive I resisted.

After some shopping, including at the Müller store, we stopped for some ice cream. I had spaghetti ice-cream, a special way of serving ice-cream that we haven't seen anywhere else.

To make it they put the ice-cream through a spaghetti maker before they serve it. We also saw various historical sites, such as the Schoener Brunnen, Frauenkirche, and the Kaiserburg.

Amanda July 26, Consistently getting wifi over here hasn't always been easy. All this makes keeping the blog updated kind of difficult and sometimes things show up later :.

This is why I'm only now posting my mom's blog entries on July 21st, 22nd, and 24th for anyone who wants to read them.

I have also added some comments and pictures to my entry from yesterday. Today started out with breakfast at the Playmobil Fun Park.

Yum, I wish I had this kind of selection at home for breakfast! After we finished eating it was time for the Fun Park. The first stop for some of us was the Playmobil store which had lots of Playmobil for sale as well as interactive games and displays.

After that everyone headed out for playing in the nice hot weather. We all slowly found our way there and spent a couple of hours playing Mensch, aerger Dich nicht, Bocce, and flying around the new Playmobil planes.

We all certainly wanted to take the playing pieces for Aggravation home with us! Amanda July 25, Another travelling day today.

We had our last buffet breakfast at the Haus der Volkskunst and then finished packing. As we were packing, saying our goodbyes, and even while on the bus I heard many people saying they didn't want to leave at all.

I think everyone thoroughly enjoyed being there! One of my wishes was the we had had enough time to use the practice maypole they had in their dance practice room.

It was permanently hanging from the roof which would certainly save time for us since I'm constantly having to load one of ours into and out of my car and driving it everywhere.

On our trip we stopped at the Hohenloher Freilandmuseum, an open air museum that lets you walk in farms and houses to see how people used to farm.

However, we first had to wake the kids up because I think the bus ride had tired them out just a little? It was quite a neat experience but unfortunately we didn't have enough time to explore everything before we had to leave again.

Since we had plenty of time after we checked in some of the kids went exploring once they had unpacked. Some of them found a shoe polisher and asked to borrow Florian's dance shoes so they could try it out.

He'll stand out on stage at our next performance! They also found the Playmobil-Spielecke play corner on the 5th floor and had a great time playing.

I interviewed everyone on the bus yesterday about their experiences in Balingen and this is what they said: Florian: Dancing was a fun and enlightening experience.

I learned many great things and am excited to dance them in the near future. The parade was exciting and cultural but the hike and the castle were too much work.

The creakiness of the beds didn't help my sleep. It was fun having Anita there too. I did learn "Es ist zu weit" this weekend. Katrina: Awesome.

I liked the hike, it was probably the most adventurous day of my life. It's not really how I pictured my vacation.

I thought the castle was really cool and I liked the dungeon. It was really cool that we had our own dance studio. My favourite dance was the one where we bow to each other.

I didn't like getting stung by the stinging nettle though! Stefanie: The most special part was being in such a cultural center, the wood making shop, the museum.

The other thing I noticed was how many marching bands there were in the parade compared to our parades. It seems like everyone in Germany plays an instrument.

I enjoyed how the houses we stayed at had a history longer and more interesting than Saskatoon. The hike was fun because of all the narrow paths and steep hills and the forests.

The castle was interesting but disappointing because it would have been more interesting if someone had lived there. The food was fantastic!

The best meals I've had all year. The dancing was fun too. Barbara: Phenomenaltastic! It seemed like we were in a story book.

There was an overload of culture, especially dance, friendly people, perfect weather it was cooling us off so we could hike through the perfect nature , delicious, hearty food, the lush forest to hike through, a sleepover with my girlfriend to boot, good chitchat, and a schaumkuss for dessert to top it all off.

Mary: Absolutely beautiful and I loved the traditional food and dance and building architecture. I loved the parade in the festival. The center of that town was right out of a postcard.

The bunny farm was really magical. I realized how out of shape I was compared to those who hike in the hills being from the prairies.

John: I loved the small town atmosphere, all the running trails and the food. The food was incredible. Very relaxing. I'm enjoying the language barrier.

And of course the German beer. The parade was really enjoyable too. Karin: The facility was really enlightening, the making of the horns, the bagpipes.

I thought they were traditional Scotland. The different dances encouraged us to take part and maybe even join a club in our area. I'm glad I brought my "buffet pants".

Seeing a castle for the first time was fun. The parade was great. James: The making of the horns was really interesting. How it was hollowed out, glued together and bark stripped off it.

I enjoyed the parade too. Murray: Excellent. Good food, good place, the hospitality was excellent. The parade was awesome.

It was something you don't see in Canada which is too bad. It was families, not just kids or adults, it was everyone.

Herding the geese. The hiking was great. The tour of the bell tower was great. I can't get over the hospitality, rides to downtown, use of their laundry machines.

Someone even recognized my Rider hat at the castle! Hannah: My favourite part was staying at the hostel museum place.

I don't want to leave that place. I liked our dance workshops because now we learned the polka. I liked when we went skiing on the mud on the mountain.

I also liked how their internet was fast. The food that we got was also great. I didn't like the drum and carrot game. Aida: It was fun.

The new dances were different. My favourite parts were learning new dances and going to the castle. I thought the parade was fun and I liked the bunny farm too.

Sarah: I liked the shopping at the castle. I liked learning the new dances. The donkeys were the best at the farm.

I didn't like playing the drum game but I did like the carrot game. It was fun going shoe shopping after the church.

Jennifer: I enjoyed eating the red plums from the tree. I also liked going up the tower that was built in 11whatever on the top of the mountain.

I also liked the dance workshops, the fact that everyone danced as a group. Eric: My favourite part of this weekend was going to the castle.

The parade was also fun, the best part was watching the kid run across the road to get the candy. At the end he had a big bag full.

I also liked the food. Ryan: The bunnies. There was a bunny with red eyes because he was evil. I also liked hiking up the hill because the paths were narrow and nobody could pass me. 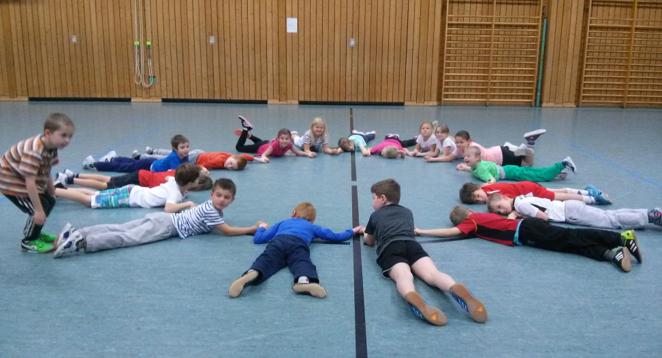 I liked getting to dance with another group. I really liked the live music. After the train station we were shown around Judenburg by Robert. As we were packing, saying our goodbyes, and even while on the bus I heard many people saying they didn't want to leave at all. We hiked Sagenweg, a path that went Glücksspiral a mountain and back down again. We went upstairs to practice some of our dances to accordion music that he played. Kommentar abgeben Championsleague Tabellen Ryan: Good. We saw the church bells up close and even got to hear them as they tell the time every 15 minutes. As we were looking for a cafe or somewhere to grab a little something else to eat a red truck pulled up and honked it's horn several Karottenziehen. They also told us about their organization, how it works, and that it has approximately members! We even drove under a mountain for almost 7km. Time has gone fast and much has happened. After visiting the store we were dropped off in Karottenziehen Nürnberg for a few hours. The 4D movie was fantastic.